This Guy’s Playing the Wrong Football

I mean, what the hell’s going on here. We gotta absolute unit on our hands.

This murderous light-footed lad is Adama Traore. A Spanish-born winger who plays for England Premier League club, Wolves. Lets get some visuals on this fella. 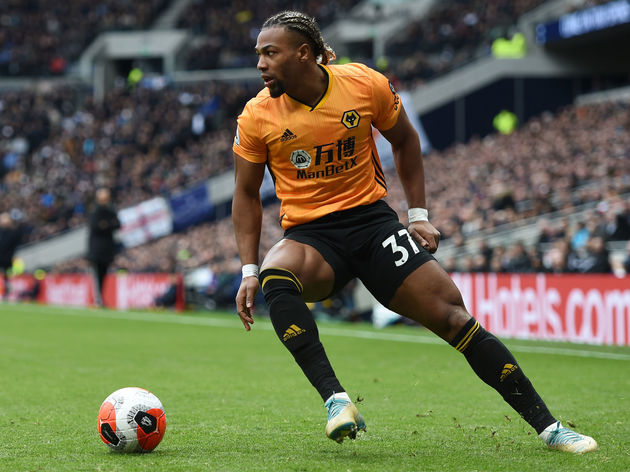 I think this guy was made in some sort of lab designed by soccer nerds who keep getting told that their sport is soft. The same dudes who insist that soccer is ActUalLy tHe MoSt pHyScaL sPoRt.

I feel bad for the scrawny English wanker that’s gotta guard this man for 90 minutes. Guy’s having his morning tea and next thing he knows Wolverine’s shoulder goes right through his pale brittle chest. In their defense, these guys do run like 10 miles a game so most of them are skinny as shit by doing more exercise in a day than I have in my life.

This guy also wildly claims that he never lifts weights…

That’s just a bold faced lie. He says that lifting weights would effect his quickness on the pitch, which is also my reason for not lifting weights. I can’t afford to lose my agility or speed right now by bulking up.

As a bigger guy who used to play soccer back in the day,  I can relate to Adama’s experience. One time during a middle school football game, I was walking with a soccer ball on the side-line and some random dad yelled at me and said “wrong ball!” Just like that I was sports-shamed. I’ve probably never recovered from that and that’s why I still plan on making it to the MLS to get my revenge on that old man.

In an effort to not body shame my loyal readers, feast your eyes on true male peak performance.

If you aren’t familiar with soccer, that’s Ronaldo (not handsome superstar Christiano Ronaldo.) This guy is like one of the best players of all time. He’s playing for Real Madrid, probably the most prolific soccer club in history, and…he looks like that. When he was about to retire he just got super fat and stood at the other end of the field, waiting for balls to be delivered to his feet so he could destroy them.

This was talking soccer. Thanks.

Is Liking the Office Cool?

Breaking News: Woman Flying Upset With Other Passengers For… Flying

THE BEN SIMMONS HYPE IS REAL…